My experiences with the Destiny 2 beta

I booted up Destiny 2 imagining an experience like PUBG: a game that was popular because of its unique gameplay, but expecting a horrible experience otherwise.

I was so wrong!

The game was a pleasant surprise. The UI was amazing and polished for a beta, and it ran really smoothly on my machine with no tweaks. The graphics were breathtaking. I couldn't believe the framerate I was getting with how good the world looked!

The beta features a single-player mission, a co-op mission with a boss fight, and two PvP maps.

Being a PC gamer, I haven't played Destiny 1 and wasn't sure what to expect. The single-player mission felt like I was playing Halo, and the multiplayer PvP felt like a blend of Halo gameplay and Call of Duty.

What impressed me most was the co-op mission. It was like playing a World of Warcraft dungeon designed for Unreal Tournament. The mission's map was MASSIVE, featuring a lot of ground to cover, a lot of mobs to kill, and ridiculously high jumps and areas to travel through. Playing a MMO-like dungeon with FPS controls felt unreal. 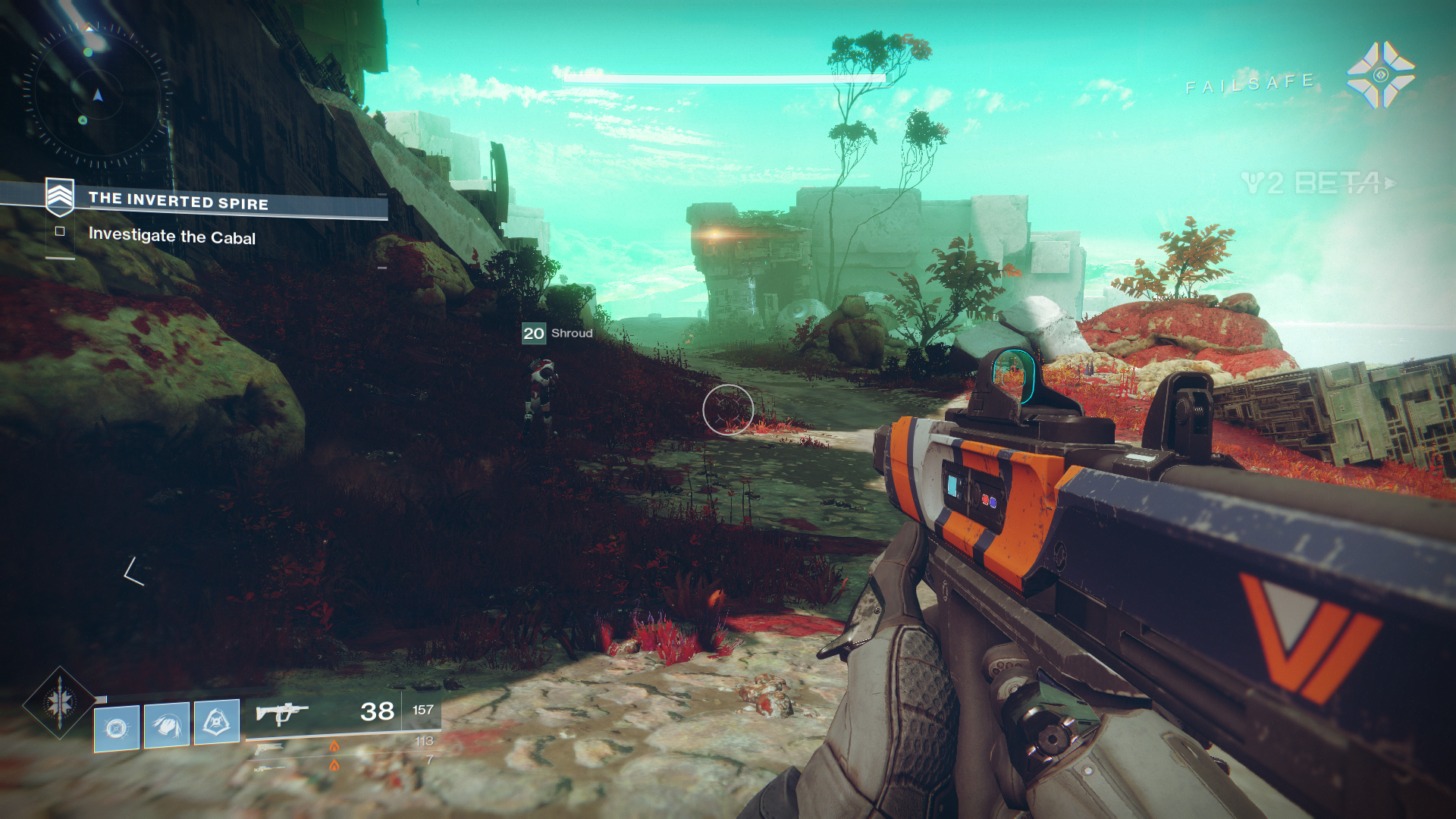 The boss fight at the end was epic! And hard! If you didn't plan right or position yourself correctly, you could easily get killed.

I highly recommend the game to anyone who likes multiplayer and FPS games. If you like Halo, Call of Duty, or Mass Effect, you will love this.

Oh, and if you're looking for a clan, try playing with us sometime! ;)
0 Comments

by h4lt on Oct 16, 2016 at 08:16 PM
We (h4lt, Daveyboy, PolarbearJumper, and Redriser) had the opportunity to head down to Chicago to check out the League of Legends Worlds Quarterfinals. Kudo's to Daveyboy for finding the tickets for some amazing seats. We sat about 10 rows up from the stage and the venue (Chicago Theater) was insane. Unfortunately we didn't get to see any NA teams but we got to see Faker play and participate in the TSM chant quite a few times :) 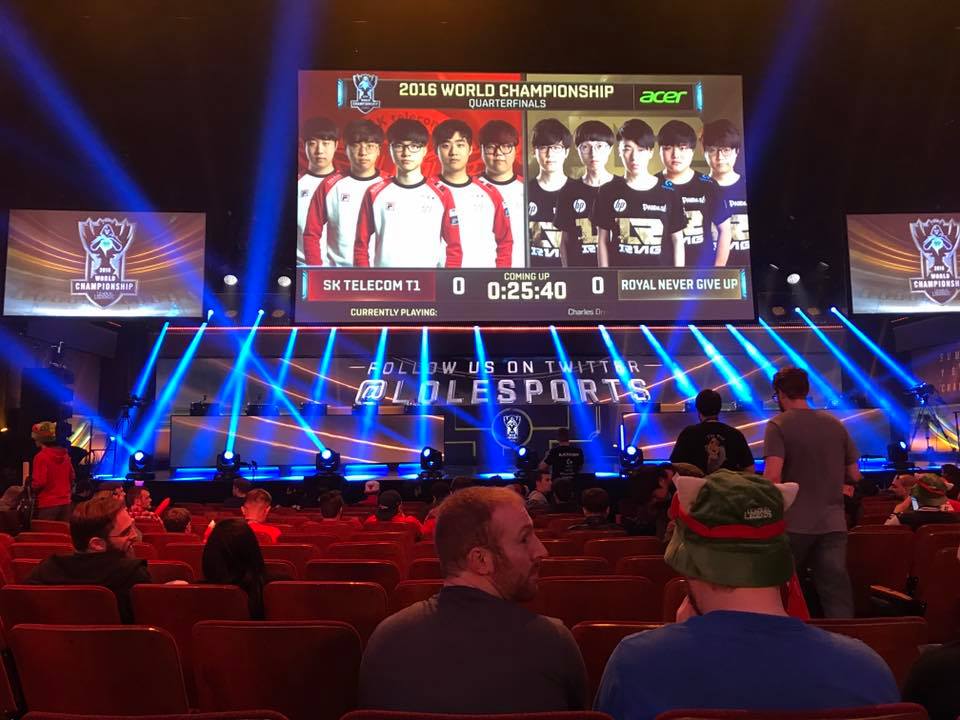 Daveyboy made a TRM (TheRainMan) sign and it was on stream every time the casters were talking, so that was pretty awesome. I was interviewed by some Korean TV reporters. They asked me about the ROX vs EDG game the next day and I pretty made up a bunch of stuff because I no nothing about either of those teams or their players. We were really hoping to see some retired players or some casters and get pics at the venue but we never really got a chance to.

We did get a unique opportunity the next day when we were looking for a place to eat some breakfast. We found some amazing pancake place and were going to eat there but the wait was like 1h and 15min so we decided to find some other place to eat. We walked a bit and found some cool looking fountain so while a few of us were taking pictures the League casters walk right past us. They were heading to the pancake place so we caught up with them and got a pretty sweet pic. Krepo, Quickshot, and Deficio were the casters and were all pretty cool dudes. 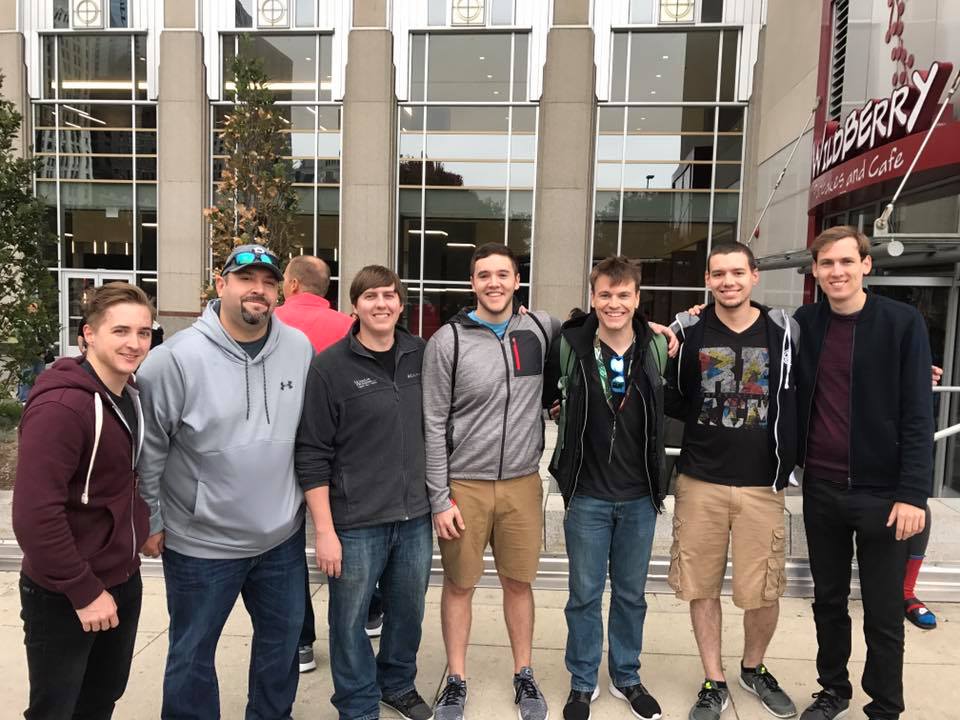 Overall it was an awesome trip and we have already talked about going to other League tourney in the near future. Maybe we can bring String along to the next one :)
2 Comments